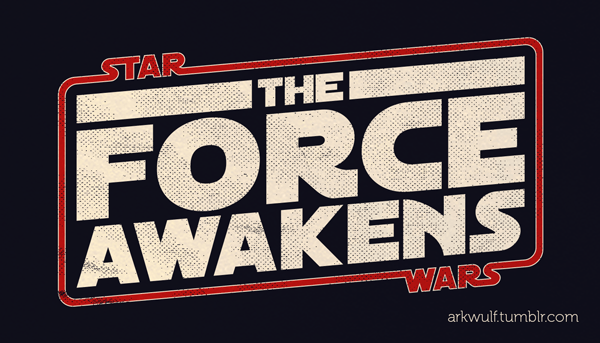 I’m taking the internet by storm!

Some of you may have noticed that last week Lucasfilm and Disney officially announced the title of Episode VII as Star Wars: The Force Awakens. The response was immediate and varied. I heard a lot of people that were excited about the title and it’s implications, and a few voices of dissent, still burned by their perceptions of the Prequel Trilogy. And in amongst those voiced I heard a common complaint; what happened to the “Episode VII” part?

I think it’s pretty obvious to most Star Wars fans that the general public did not like the Prequels, whether we like to admit it or not. Disney and Lucasfilm are aware of this “bad blood,” and I think, in an effort to combat it, they’re dropping the numbering from the marketing materials. Some younger fans don’t like this, as the majority of their time as Star Wars fans has been influenced by the era of the Prequels, however, hardcore and classic Star Wars fans know that the original trilogy didn’t pay much attention to the numbering, but to the individual film titles.

In an effort to show fans, old and new alike, the kind of legacy that Lucasfilm is trying to tap in to, I threw together this design of the new title in the style of the vintage logo for The Empire Strikes Back. Suffice to say, it was a bit of a hit on twitter and tumblr, where it continues to get some attention, even as I’m writing this.

I just wanted to post about it here, kind of as a journal entry, so that years from now, I would be able to look back and remember that brief moment where a large segment of the Star Wars community was looking at something that I created.