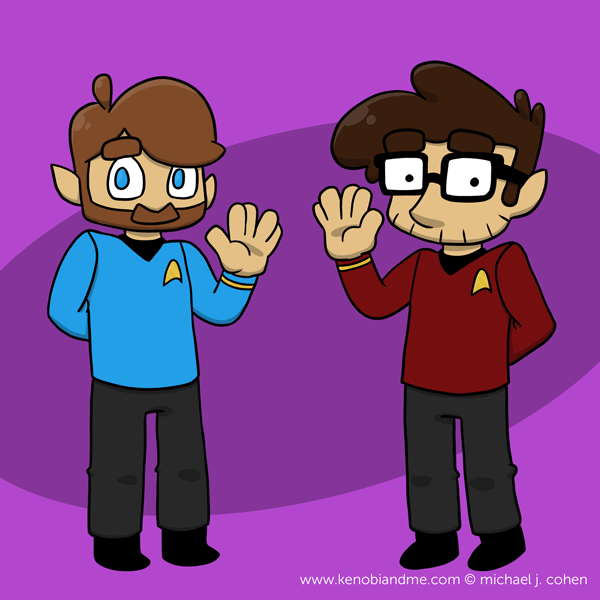 Leonard Nimoy was a hero to many of us. Whether you were fascinated by him as Mr. Spock on Star Trek, learned to fear his voice as Galvatron, or loved to hate him as William Bell on Fringe, he was an influence and an inspiration for all of us that have a foot in the science fiction community. His passing hit various fandoms hard, and although most Star Wars fans enjoy perpetuating the old Wars/Trek rivalry, in truth many of us are Trekkers just as much as we are fans of The Wars. Nimoys career crossed those boundaries, as well as the boundary between genre and mainstream, making him an icon to many people, not just geeks. He lived long, and he most certainly prospered, and he always wished the same for all of us, so this week we pay tribute with our own Vulcan salute. Thanks for all the memories, Mr. Nimoy.