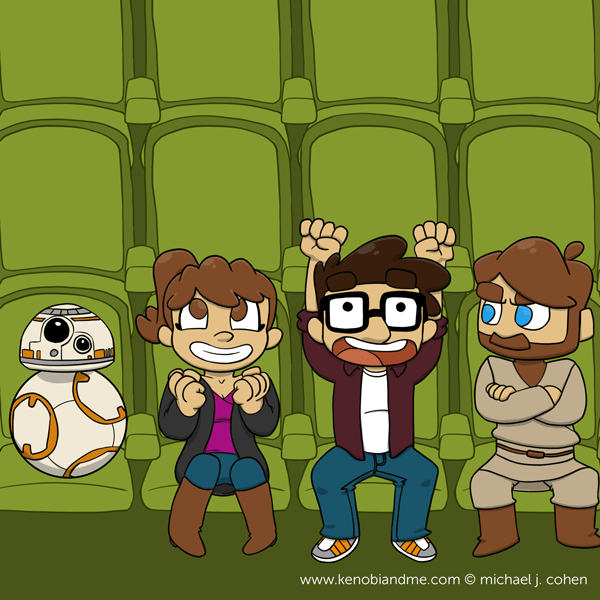 You may not be aware, but there’s a new Star Wars movie coming out in about a year. Well, this past weekend, Lucasfilm and Disney released the first teaser trailer for this new film, Star Wars: The Force Awakens. In it, we’re introduced to a few new friends, and Crystal took a shining to a particular little droid. Let’s be honest, we all kind of did. Well, everyone except Ben… for some reason he’s bent out of shape about the whole thing. Something about a more civilized age or something. I don’t know; I wasn’t listening because I was too busy watching the trailer for the 77th time.